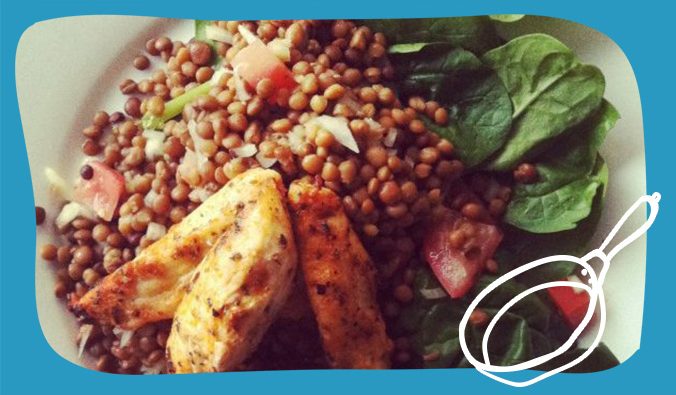 The red wine vinegar gives such a great tang to the lentils, it’s delicious. We also chomped on a carrot each with this meal, but you could add corn on the cob or even cucumber into the tomato mixture – it’s all about veggies and eating as many as possible.