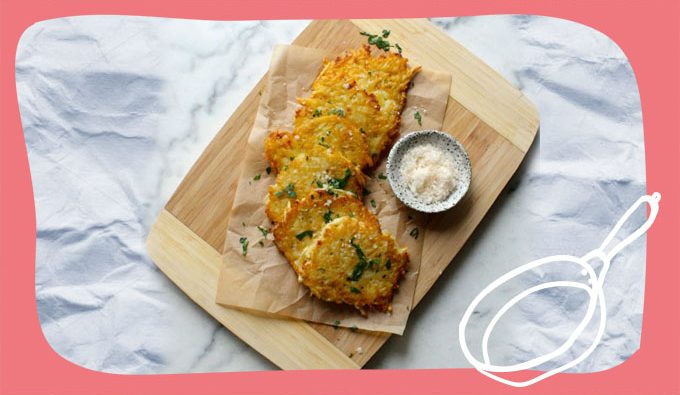 My Dad is Irish. Potato is in my blood. I like it many ways, except for boiled and I always had a bit of an aversion to mashed potato because #lumps.

A question that has been on my mind for a while is – how can you prepare potato so that fussy kids eat it?

All my tricks were failing me. Until I created The Hash Brown.

This soft on the inside, crunchy on the outside hash brown is a WINNER for all members of the family – including my potato avoiding son. In fact – he gobbled these so quickly I thought I was going to need another batch!

Give them a try and let me know how you go.